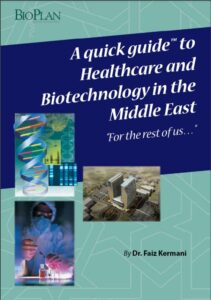 Quick Guide to Healthcare and Biotechnology in the Middle East

The total Middle East regional value is around US$10.6 billion and growing rapidly. Multinational pharmaceutical companies can no longer ignore the region’s huge potential. Due to varying socio-economic conditions and political developments across the Middle East, it is entirely conceivable for companies to find opportunities for products in almost every therapeutic area.

The high demand for premium products has led to multinational companies having dominated the Middle East. Pharmaceutical companies still need to be aware of the region’s dynamics. This is still very much an emerging market and you have to do your homework.

With most headline coverage limited to the region’s politics, the dramatic changes in Middle Eastern healthcare have almost gone unnoticed. However, rising demand for healthcare is transforming this part of the world. As a result there are new opportunities for private companies that did not exist even a few years ago. Many countries in the region will face 2% annual increases in healthcare expenditure needs as a result of the aging of their populations.

The book highlights the difficulties that governments have had in planning for future demand has led to openings for private sector involvement in healthcare and this has been characterized by a number of high profile, innovative initiatives. In Oman, up to US$1 billion is being invested to build an integrated health care city outside the capital, Muscat. In the United Arab Emirates, a similar project is underway, valued at US$3.4 billion. Furthermore, the government actually handed over ownership of three public hospitals to a private company. In Bahrain, construction of a US$1.6 billion health island, known as Dilmunia, has begun. Dilmunia will feature a mix of residential, leisure and commercial facilities encompassing comprehensive health environment.

Companies with an interest in biotech are finding that the Middle East offers them a wealth of attractive opportunities. Due to the changing disease profile, there is a growing demand in the Middle East for biotech products and this is reflected by the decisions of multinational companies to invest in the region. Like patients elsewhere in the world, it should come as no surprise that those in the Middle East are eager to gain access to the latest and innovative new medicines.

Aside from specialized biotech companies such as Amgen and Genzyme, many of the major pharmaceutical companies including Roche, Novartis, Pfizer and GlaxoSmithKline market biotech products in the Middle East. NovoNordisk, which has a specialty in diabetes, has performed very strongly in the region due to the rise in the disease. Smaller biotech companies have also targeted the Middle East for growth. Generex Biotech has been using local consultants to aggressively source and evaluate prospective licensing opportunities for its products.

The success of foreign companies with biotech products has not gone unnoticed by regional pharmaceutical companies and a number have set up dedicated R&D divisions to develop biotech products. Many governments wish to promote the development of a mainstream biotech industry and have created incentives to kick-start the sector. Since biotech drugs are expensive, they believe that opting for local generated biotech products will prove cost effective.

Going forward, one of the most impressive developments is DuBiotech in the UAE, which is the world’s first free-zone dedicated to the life science industry. It has been seeking to attract a range of companies, ranging from small start-ups through to more established international companies. Among the R&D programs being encouraged at DuBiotech, stem cell research will be permitted in line with international regulations.

Our Team in the News 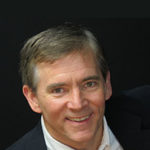 Eric Langer, President and Managing Partner, has over 20 years experience in biotechnology and life sciences international marketing, management, market assessment, and publishing. He has held senior management and marketing positions at biopharmaceutical supply companies. He is an experienced biotechnology strategist, marketing practitioner, publisher, and researcher. He has published, edited and authored numerous books, reports, […]